Don’t Play Ball In The House
by Lina Rehal

Our mothers told us things that have been forever etched in our minds. Remember hearing “Don’t play ball in the house?” That rule applied rain or shine. It meant no baseball, football, tennis, golf or any other kind of ball. However, ping-pong was permitted inside if you had a basement or rumpus room with the appropriate equipment set up.

“Because I said so.” That was her stock answer; the one she used when she had no other comeback to our nagging questions. It didn’t need clarifying. The statement was final. It was all the reason she needed. You knew the conversation was over when you heard that one. “Wait till your father comes home.” That classic reply meant you had gone too far. She could no longer deal with your behavior. You were in big trouble when she rolled that one out.

“Don’t put that in your mouth; you don’t know where it’s been.” Did that statement imply that if we knew where it had been, it would have been all right?

“What will the neighbors think?” For some reason, the opinions of their neighbors were important. Do you suppose the people next door worried about what we thought of them too?

How many times were you told “Always wear clean underwear in case you get in a car accident?” Then there’s the infamous question, “If your brother jumped off a bridge, would you?” These last two will go on for many generations to come.

“Don’t use that tone with me.” It was fine to use that particular tone with others, just not her. “Look at me when I’m talking to you.” Using the tone and then looking away infuriated them. It was bad enough that we dared to do one, but the two together suggested indifference.

Here’s a scary one. “There’s enough dirt in those ears to grow potatoes.” Could that have been possible?

“If you break your leg, don’t come running to me.” That was always one of my personal favorites. It was right up there with, “Don’t cross your eyes, they’ll stay that way.” I wasn’t in the habit of crossing my eyes. The thought alone horrified me.

Do you ever wonder where such powerful phrases came from and why they repeated them so often? Did you use any of them with your own children? Do you notice that a lot of them start with the word don’t? The answer is simple. They got them from their mothers and believed every word. Our mothers had children to raise, houses to clean, meals to cook, laundry to wash and husbands who expected supper on the table when they got home. They didn’t have time for logical explanations, nonsense or time out.
We laugh at how ridiculous some of these things sounded. “Stop crying or I’ll give you something to cry about.” That made us think and often shut us up, even if only temporarily. Who knew what she had planned? I did not want to find out.

These words may sound silly to us now, but when you think about it, they made sense and so many of them are still true. Money doesn’t grow on trees. You really can poke someone’s eye out by waving a sharp object in the air. And, you can get hurt running with scissors.

“You’ve been at that sub shop again, haven’t you?” My mother already knew the answer but would often ask the question the minute I got home.

The older kids frequented a sandwich shop after school. It had a reputation of being a “hangout” and was forbidden territory for me. On the few occasions that I tested the water and dared to drop in for just a few minutes, she always found out. When I asked who told her, she’d say, “I have spies everywhere.” That was her reply whenever she caught me doing something I had been told not to.

I wasn’t a bad teenager. I didn’t smoke, drink or experiment with drugs. I was a good student, got decent grades, never skipped school and came home at the appointed time. I didn’t hang around with the wrong crowd or get into any serious trouble. I did foolish little things like trying to pass for eleven years old when I was twelve or thirteen so I could get into the movies for half price. I balanced this out by attempting to make myself look older when I wanted to see a movie that was for “eighteen and over.” I went to see The World of Suzie Wong at the Strand Theater with my Aunt Norma when I was fourteen. I dressed up, wore high heels, plenty of lipstick and black sunglasses. I draped a long silk scarf over my head and wrapped it around my neck. This was to make me look like Audrey Hepburn.

Like most teenagers, I loved the telephone. I could talk on the phone for hours and still manage to get my homework done most of the time. We didn’t have call waiting in those days. No one got a call through when I was home.

Once in a while, I tried to get away with something. It was never worth the effort. I always got caught. I wasn’t good at being sneaky and my mother was like a female Dick Tracy. I used to think she had her own detective agency. Somehow, the woman knew every move I made. Every day in the winter, she would tell me to keep my coat buttoned when I went out.

“And don’t unbutton it after you leave the house,” she’d add.

When I got home, she would take one look at me and say, “You unbuttoned your coat, didn’t you?”

Of course, I did. It wasn’t cool to walk around with your coat buttoned at the neck and a scarf wrapped around you. But, I never forgot to button it back up before I rounded the corner. How did she know this? Who told her every little thing I did?

I wasted many precious hours of my youth trying to figure out who her spies were. My mother didn’t know many people outside of our immediate neighborhood. She hardly got out of the house. Looking for the rat became an obsession with me. I imagined neighbors watching me as I passed their houses on the way to school. I thought they sat by their windows peeking at me through lace curtains gathering information. I wondered if someone she knew drove by and saw me at the sandwich shop or trudging through the snow with my coat open. I suspected the mothers of my friends and some of my teachers.

When I grew up and had kids of my own, I finally figured it out. I realized that there was no rat. She didn’t get her information from anyone in the neighborhood or from my teachers. Mothers have a special kind of radar. They were also young once themselves. She knew I would undo the coat the minute I walked out of the house. No one had to tell her that. No one had to inform her of my whereabouts after school either. She could smell the mixture of grease and cigarette smoke on my clothes as soon as I entered the kitchen.

I wonder how much time my kids spent trying to find my spies. I, too, had them everywhere. ​ 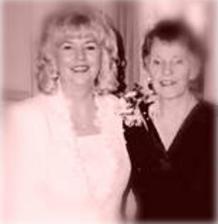 Things Your Mother Told You