Wave To The Traffic
by Lina Rehal

When I was in my fifties, I avoided joining organizations for “old people.” It took me a while to admit to being a senior citizen. In my sixties, I learned to embrace many new things. Now, when booking a trip, my first question is, “Do you offer a discount to seniors or AARP members?”

I didn’t shop on “Senior Discount Day” either, until a sweet elderly lady in the Olga Warner outlet in Kittery, Maine carded me. She said she knew I was probably too young and was hesitant to ask, but wondered if I was aware that most of the stores gave discounts to seniors on that day. After showing her my driver’s license, I took advantage of the opportunity and saved a few dollars.

For years, I joked about the “Early Bird Specials” offered by local restaurants. Did not want to be seen at one of those. When I took my mother to lunch at one, I realized it was a great deal and went back often.

Another thing that bothered me was Alfred Dunner. Those cute little outfits with the snowflakes on the sweatshirts at Christmas and the matching elastic waist pants just screamed “old” to me. Every once in a while, I would see a top at Macy’s that caught my eye. As soon as I saw Al’s name on the tag, I ran back over to Karen Scott or Liz Claiborne as fast as my aging legs could get me there.

On a recent shopping trip to our favorite mall, my daughter and I decided to go to the Cheesecake Factory for lunch. We walked through J C Penny on our way to the restaurant and both spotted sweaters we liked. After our meal, we went back to J C Penny to try on the sweaters and browse a little before going home.

I found a long black sleeveless dress with a lacy design on the top that I thought would be perfect for my upcoming trip to New York City, if it wasn’t almost a foot too long. I pondered whether or not I had time to have it shortened and carried it around for a while.

Then, it jumped out at me. A short sleeved top with a splashy floral pattern of coral, blue and lime green flowers. It had black on the bottom and white polka dots against a black background on the sleeves. A splattering of sequins gave it the sparkle I like. It would go nicely with black pants and was an easy item to pack for my trip.

Gina gave me a funny look and leaned in to say something.

“Looks comfortable and the green sweater is a perfect match. But, it has polka dots on the back. I’m not crazy about polka dots.”

“You don’t have to look at the back,” she said.

“You’re right.” Into the dressing room it went, along with the little black dress for tall people and the green sweater.

“Well,” I said, after completing my purchases. “I’m officially old.” We laughed and headed to the car.

I have now completed the first three rites of passage to senior living: Medicare, Social Security and Alfred Dunner. 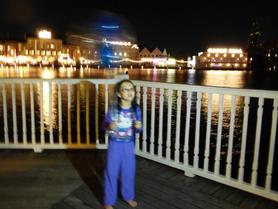 The doors closed in a clatter of metal hitting metal. I could see out of the two small windows. I didn’t suppose it would do any good to tell them I don’t like to ride backwards in a vehicle.

“You’re not going to use flashing lights or anything, are you?” I asked, thinking it would be ridiculous. After all, it wasn’t like it was an emergency. They were only “transporting” me to a hospital emergency room from an urgent care facility in an ambulance.

The EMT who rode in the back with me was a nice young man. He humored me. “It’s just that we have protocol and with your history.”

History? I don’t have a history. I’ve never done this before.

The building faded out of sight, as we pulled onto the main road into the oncoming traffic. I heard the sound of a siren coming from somewhere. Colored lights flashed past the doors.

Again, I got the protocol answer. I hope Medicare pays for all these bells and whistles.

The EMT stood at the back end of the truck holding something in his hand. I heard the driver behind me.

“I’m transporting a seventy-year old female to your emergency room.”

Who’s he talking about, I wondered. What did he say?

Oh my God, he means me! I’m a 70-year old female! Did he have to remind me? Did he want to give me a heart attack? Oh, wait. He thinks I’m already having a heart attack.

I watched the cars pulling back into the stream of traffic, as the EMT sat down beside me. I wondered if the drivers could see who was inside. Should I wave to the traffic?

The headlights got smaller and further away. We were flying by now. I didn’t dare ask how fast we were going. I rarely drive over forty miles an hour. I was fairly certain they were out of my comfort zone, as I noticed an overpass whiz by. The truck rattled and shook as it hit every bump in the road from Danvers to Salem. I guess it was a good thing that I couldn’t see the traffic ahead of us. I worried about potholes.

I thought of the two other times in my life I had ridden inside of an ambulance. Once was seven or eight years ago in Florida when my husband got hurt in Disneyworld and had to go to Celebration Hospital. They let me ride up front. The other time was with my mother. I thought about all the times she went to the ER in an ambulance. How many times did I tell her, “Ma, you’re better off going in the ambulance? You get moved to the front of the line when you get there. Otherwise they leave you sitting in the waiting room for hours.”

“I’ve only been in an ambulance two other times,” I said. “Both times it was with other people. Never like this.”

“Never been the star of the show before,” he joked.

“No,” I said. “I’ve never seen traffic from this angle before either. It seems so strange.”

I don’t know how long it took to get there, but we made it. They hurried me right in. No stop at Registration. No sitting in the waiting room. It was just like I told my mother. I was right. No lines. No waiting.

They whisked me past all the patients on makeshift beds in the corridor and into a curtained room by myself. I was more afraid of catching the flu or some other awful thing than I was about what was wrong with me.

After multiple EKGs, blood tests, a chest x-ray, an ultrasound and six hours in the ER, they decided to keep me overnight. Once they figured out what was wrong and ruled out a cardiac event, they sent me on my way with instructions to follow-up with my doctor.

The next time you have to pull aside for an ambulance, keep in mind someone might be waving to you from inside. I’m grateful I’m still here to write this story.

The Balloon Ceremony
By Lina Rehal

On the second day of our “girls’ vacation” in Disneyworld, my daughter Gina, granddaughter Katie and I rode the Friendship boat over to Hollywood Studios to meet my brother Rick and his girlfriend Lori. After having a group picture taken by a Disney photographer, Katie spotted the balloon
vendor.

Katie picked the big blue one. It is shaped like Mickey’s face and inside another clear balloon.

“How much is one of those now?” asked Rick.

“Twelve dollars,” I told him.

“That’s pretty. You need to tie it to the stroller so it doesn’t fly away.”

I pictured it flying up into oblivion, Katie crying and Gina having to buy another one. Or, if it didn’t pop, the helium would leak out of it in a few hours in this ninety-degree weather and we’d have a deflated Mickey on a string.

For the next few hours, it bobbed back and forth, hitting one of us in the face every few steps. Gina held it close to her on the boat ride back to the Boardwalk so it didn’t annoy other passengers. Once in our room, Mickey found a place in the corner next to Katie’s bed.

By Wednesday, I began to wonder if it was ever going to pop
or fizzle out. It was still as full and pretty as the day Gina bought it. On
Thursday, I knew we had a problem.

“She does realize she can’t take that balloon on the plane,
right?” I asked Gina.

“I hope so,” she answered. “Who thought it would last this long?”

We needed to come up with something. I had a little chat with my granddaughter.

“You know Katie, you can’t take that balloon on the plane tomorrow,” I told her. “They won’t let you take it on the bus either.” She looked at me, but did not answer.

“I have an idea,” I said. Since my own mother has made over fifty Disney trips in her lifetime, I passed the story of her hat ritual on to my grandchild.

“Nana Bette used to buy a hat every time she came here. Before Nana went home, she tossed the hat in the wastebasket and said it was her last trip. Then she would come back, of course, buy another hat and do it again.”

“How about starting some kind of ceremony of our own with the balloon?” I suggested. “We could take the balloon outside and have a good-bye ceremony. You could say or sing something and let it go up into the sky until it disappears and then get another one the next time we come.”

Katie liked my idea. “Can we do it at the wedding gazebo?” she asked.  She had seen a few
weddings at the pavilion near the end of the Boardwalk during our trip.

That night, we had an Italian dinner in Epcot. I laughed at them and made fun of their table etiquette as they acted out the famous scene from Lady and the Tramp with their spaghetti.

After dinner, we opted for one last dip in the quiet pool. When we had had enough, the three of us went back to change and do some packing before we finished off our last night with our balloon ceremony and one final walk around the Boardwalk.

Katie led the way to the Wedding Pavilion. She held onto Mickey for those last few minutes, pondering what she was going to say. We found a spot in the middle of the structure. The lights from the boat launch and surrounding hotels reflected across the lake creating streaks of beautiful

colors on the water.

Katie stood next to the railing. Her mother and I stepped back so we could photograph our first balloon ceremony. Katie decided that she would make two wishes and then do a count down before letting it go. Quietly, she looked up at the balloon and made her wishes.

“Three, two, one.” Katie let go of the string. Mickey flew straight up into the dark night sky. We waved and yelled good-bye as he soared above the lake. Within seconds, the balloon was gone.

Mother and child danced to their own music in the middle of the pavilion while fireworks from Epcot exploded in the background. The balloon ceremony marked the end of our trip and the beginning of our new tradition.