Did you go Downtown?

Back in the Day 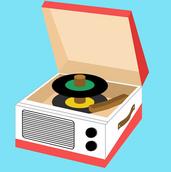 Dick Clark’s American Bandstand aired on televisionfor the first time in 1957. Host, Dick Clark, introduced new singing talent. An appearance on Bandstand led many unknowns to a career in the entertainment business. It made instant teenage idols of them. Singers Bobby Rydell, Fabian and Frankie Avalon appeared on the show in the late 1950’s.

The audience was made up of teenagers who showed up each day and danced to the music. Many of them became regulars on the show and celebrities in their own right. Kids all over America wanted to be like them and dance like them. They did the Jitterbug, Slop, Hand-Jive, and many others. The Bandstand kids created dances such as the Chalypso and the Stroll. The Chalypso was a cross between the Cha-Cha and the Calypso. The Stroll was a slow moving line dance.

Of all the dance crazes, none was as earthshaking or became as popular as the Twist. Originally recorded by Hank Ballard, it was re-recorded by Chubby Checker in 1960. He appeared on American Bandstand and before long, people all over the country were doing The Twist. Joey Dee and the Starliters did The Peppermint Twist at the Peppermint Lounge in New York. There were even movies about the new dance craze. Chubby Checker was known for other dances such as The Pony, Limbo Rock and The Fly. He also recorded Let’s Twist Again.

Other dances baby boomers will remember are The Monkey, Mashed Potato, Hully Gully, Watusi, the Jerk and the Locomotion.

Rock and roll legends of that wonderful era include

foam curlers in your hair

​your boyfriend's ring on a chain

Did you watch American Bandstand?

​the five and ten cent store